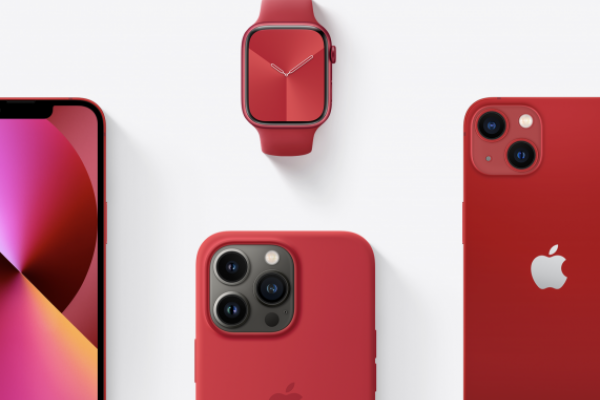 Apple Inc (NASDAQ: AAPL) said it would donate half the proceeds arising out of the sales of its (PRODUCT) RED sales to Global Fund for the fight against COVID-19 in sub-Saharan Africa.

What Happened: The Tim Cook-led company released a video on Wednesday that showcased a series of (RED) products released through the last 15 years.

“Apple and (RED) have partnered together to fight AIDS,” said the company in the video. Apple said COVID-19 “threatens to undo the progress made to date.”

The tech giant said its products are helping fight two pandemics (COVID-19 and HIV) and it has committed not to “stop until everyone is safe.”

The video contained a link to (PRODUCT) RED’s website which contained a detailed explanation of Apple’s efforts.

“From now until December 31, 2022, half of those proceeds will go to the Global Fund’s COVID-19 Response to mitigate the impact of COVID-19 on the fight to end AIDS,” said Apple.

Why It Matters: (PRODUCT) RED was founded by “U2” vocalist Paul David Hewson, better known as Bono, and activist Bobby Shriver in 2006 to fight the AIDS pandemic.

Other than Apple and Beats by Dr. Dre, the campaign’s partners include Amazon.com, Inc (NASDAQ: AMZN), Starbucks Corporation (NASDAQ: SBUX), and Bank of America (NYSE: BAC).

Apple’s range of (RED) products include iPhones, Apple Watch, accessories such as phone and tablet cases, and smartwatch straps.