While a gamble, I feel like BARK could do very well in 2022 after having been pummeled hard up to today (BARK is trading at a 1.16 Price to sales ratio on next year’s affirmed guidance revenue number). They are doing some interesting things, have been getting a lot of free promotion in viral tik tok vids like this one: https://vm.tiktok.com/TTPd6dmQst/ with 15 MILLION VIEWS. They are expanding into the dog food market taking on Chewy (massive TAM), they have partnered with Costco recently, sales were better than expected in the most recent quarter, etc. They are also in REI and reports are that things are selling well:

BTS the huge KPop band made a video with over 43m views in the last month featuring BARK’s toys, and their fans have gone crazy for the toys. See:

BTS Has Bite: See How Jin’s New Video Is Leading to a Surge in Pet Toy Sales

ARMYs Are Running To Target, Selling Out A Dog Toy—Here’s Why

There is also a Netflix partnership in the works (details have not been released but it was mentioned on a conf call last year): 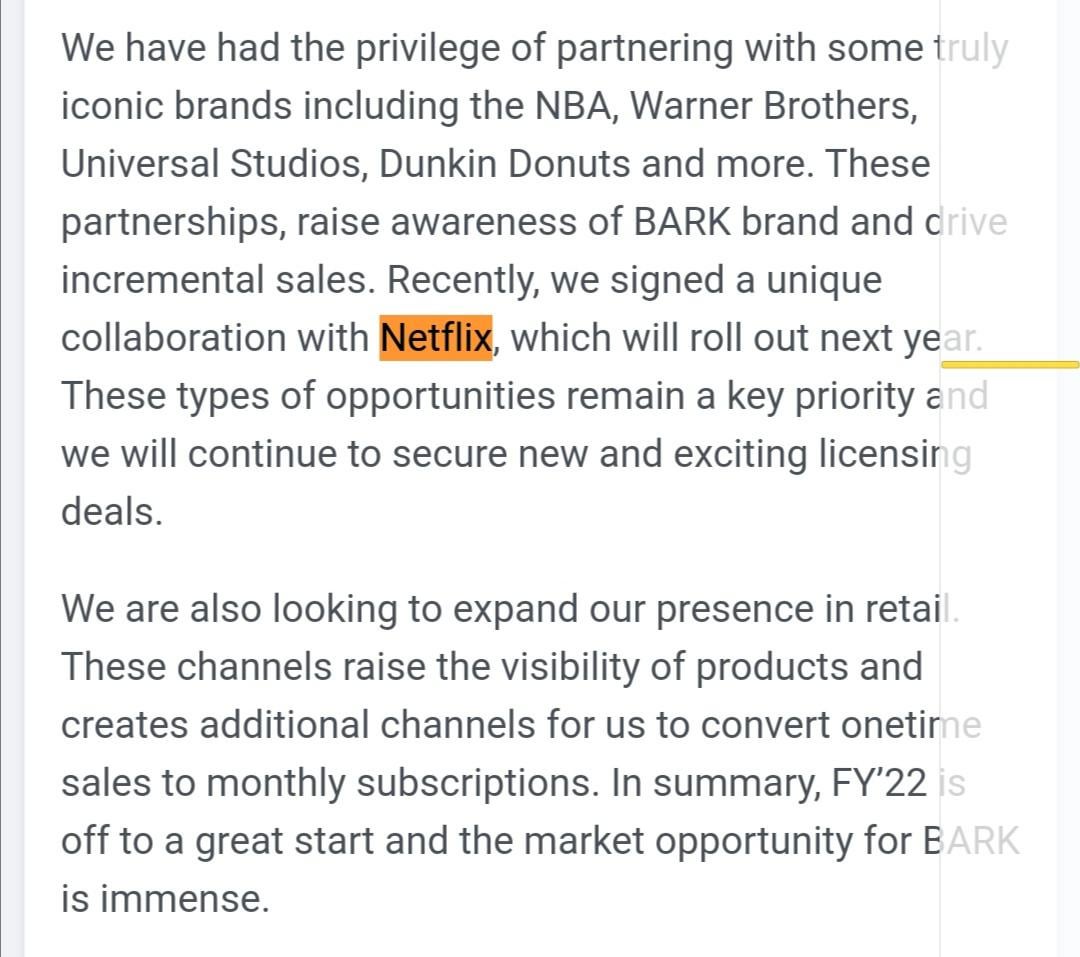 Collab with Netflix coming this year 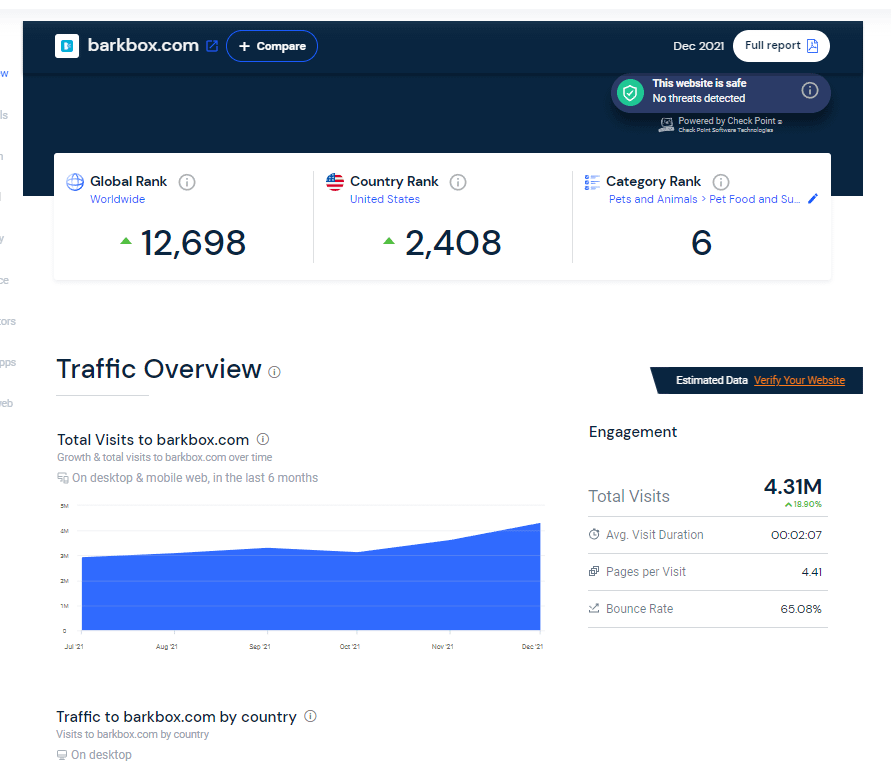