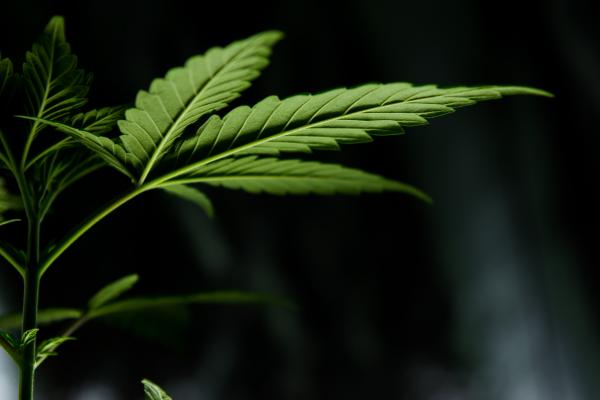 Under the bill, the cultivation of two mature and two immature marijuana plants is legal, as well as the possession of the harvest from those plants.

“Permitting limited home cultivation provides patients with the ability to have reliable, affordable, and consistent access to their medicine,” said NORML’s deputy director Paul Armentano. “Seventy percent of voters approved this right at the ballot box, and it is reassuring to see that a majority of lawmakers, and the Governor, ultimately decided to respect the voters’ decision.”

In November 2020, voters approved a ballot Measure 26, which was poised to allow possession, cultivation and purchase of medical cannabis. However, Gov. Noem opposed it.

Earlier this month, South Dakota House killed a bill to legalize cannabis that had been temporarily revived after a committee defeat earlier this week.

A GOP-led bill to legalize the use of psychedelics for therapeutic use at designated care facilities and decriminalize low-level possession has got a hearing at a Missouri House committee on Monday, reported Marijuana Moment.

The panel held at the House Health and Mental Health Policy Committee heard from researchers who spoke to the therapeutic potential of psychedelics like psilocybin, DMT, mescaline, and ibogaine, as well as military veterans and law enforcement professionals who back the reform.

Sponsored by Rep. Tony Lovasco (R), the bill, which also seeks to provide legal protection from prosecution for doctors who make recommendations for eligible patients, was filed earlier this month.

“Generally speaking, if something is provided to you legally for the purposes of medicine, you probably shouldn’t be prosecuted for that,” Lovasco said at the hearing, adding that states like Oregon and Oklahoma have recently moved to reform their laws around psychedelics either at the ballot or legislatively.

“This is not exactly a new idea, but the concept of using these compounds—psilocybin specifically—is becoming more and more researched in the past years,” Lovasco continued. “This isn’t a recreational program that allows people to be using these substances. Part of the purpose of this bill is simply to provide an expansion to Missouri’s current right to try law and statutes that allow folks that have debilitating conditions to have an option to have an alternative treatment.”

A bill to set up a state-run cannabis market for adult consumers is heading to the full House for a second-floor vote after a New Hampshire House committee approved its amended version on Monday.

The House Ways & Means Committee gave the measure a “do pass” recommendation in a 12-10 vote, Marijuana Moment reported.

The legislation was initially approved by the chamber earlier this month. However, it involved economic components, for which it needed to get a green light from Ways & Means Committee prior to being taken back up on the floor.

The revised legislation includes Rep. Timothy Lang’s  (R) amendment, which contains components—like removing a proposed 15-license cap for privately owned cultivation businesses that would supply the state-run stores with the product— appreciated by some advocates and stakeholders.

In addition, it also prevents adult-use consumers from purchasing “infused” cannabis products such as edibles.

Matt Simon, director of public and government relations for Prime Alternative Treatment Centers of NH, thinks that the measure is still unworkable from the standpoint of the state’s medical cannabis operators.

“I appreciate that representatives are trying to fix this bill, but I think that the task that they’ve undertaken is insurmountable in the time allotted,” he said.

A Maryland House committee advanced a Senate-approved budget bill on Friday that would provide about $52 million to support the implementation of marijuana legalization as well as facilitate expungements for prior cannabis convictions and fund a “disparity study” to “better understand the barriers to entering the cannabis market.”

The House Appropriations Committee cleared the legislation one month after the House of Delegates approved separate bills to put marijuana legalization on the state’s 2022 ballot and create initial rules if voters give the green light to the reform in November, reported Marijuana Moment.

HB 1, Clippinger’s first measure, would ask voters to pass an amendment to the state’s constitution to legalize cannabis use and possession by adults at least 21 years old.

The chairman’s second measure, HB 837, is poised to set up initial rules for a legal marijuana market if voters pass the policy change.