Ethereum (CRYPTO: ETH) and Ethereum Classic (CRYPTO: ETC) were flying up over 12% and 4%, respectively, on Tuesday. The cryptocurrency sector has been rebounding since March 14, with Ethereum Classic leading the way and skyrocketing over 70% since that date.

The cryptocurrency market has been put to the test over the past month, following Russia’s invasion of Ukraine and an escalating humanitarian crisis in Europe, as traders and investors place their bets on whether cryptos will perform as safe haven assets. Traditionally, during times of war and broader geopolitical uncertainty, commodities such as gold have shown strength.

Technically speaking, Ethereum and Ethereum Classic were set to trade higher because of the bullish signals the two cryptos had flashed on their charts. On Tuesday, Ethereum was breaking up from a bull flag pattern on its daily chart that Benzinga called out on Monday, while Ethereum Classic was continuing its massive ascent north after printing a bullish quadruple bottom pattern, which Benzinga pointed out on March 15.

The two cryptos look set to fly even higher, although Ethereum Classic will eventually need to enter into a longer period of consolidation, whereas Ethereum has room to make an imminent run.

However, it should be noted that events affecting the general markets and negative or positive reactions to news headlines can quickly invalidate patterns and breakouts. As the saying goes, “the trend is your friend until it isn’t” and any trader in a position should have a clear stop set in place and manage their risk versus reward.

See Also: ‘The Goal Of Crypto Is Not To Play Games With Million Dollar Pictures Of Monkeys’: Ethereum Founder Takes Shot At Bored Ape Yacht Club

The Ethereum Chart: Between March 15 and March 18, Ethereum created the pole of a bull flag pattern and settled into the flag on the three days that followed. The measured move, that is calculated by adding the length of the pole as a percentage to the bottom of the flag, is about 20%, which indicates the crypto could soar up toward the $3,400 level. 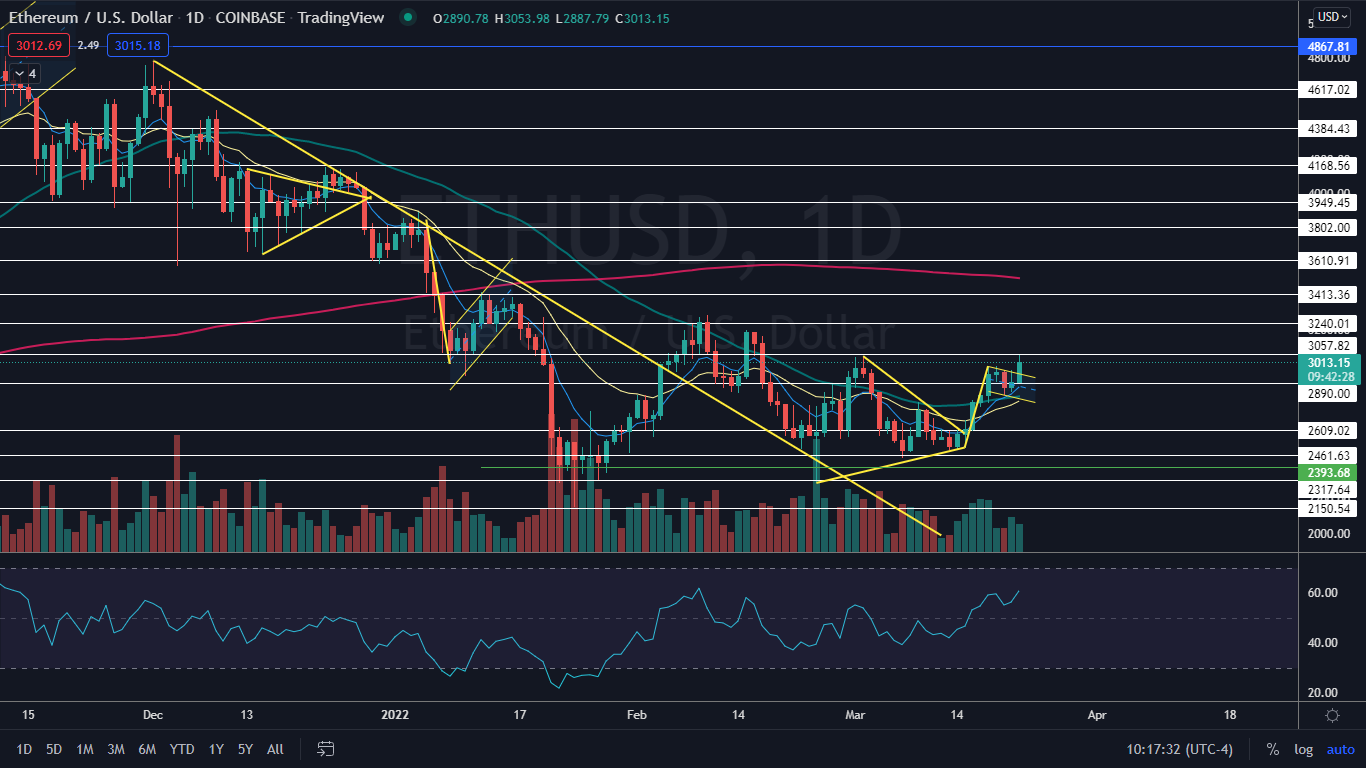 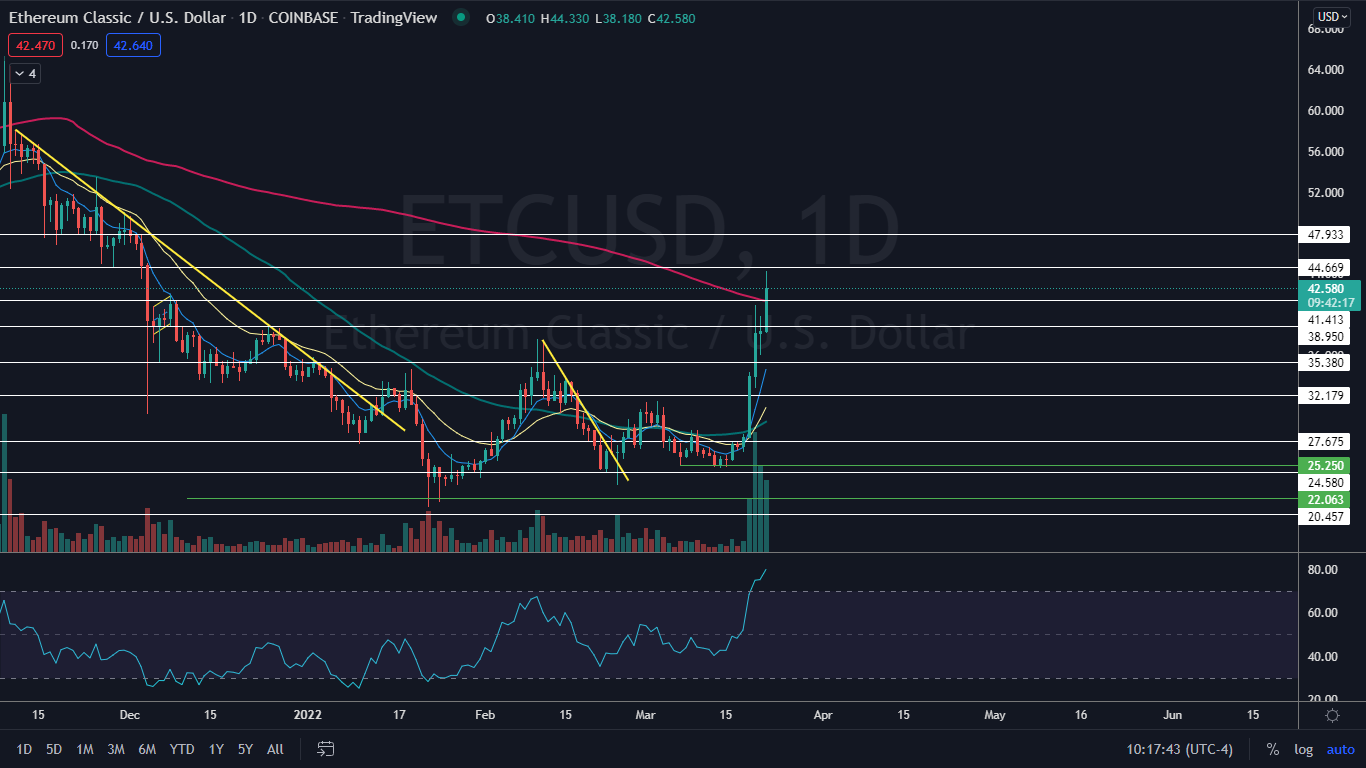