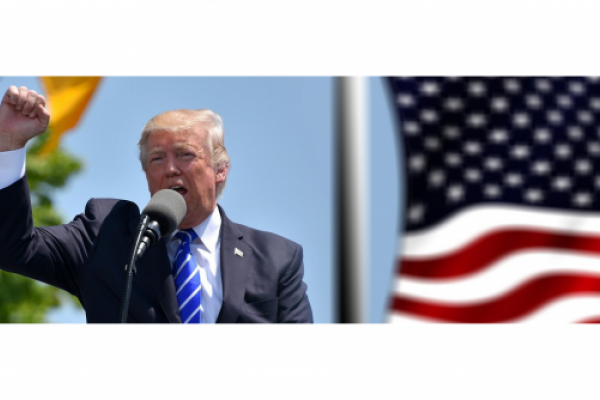 A new social media app from former President Donald Trump appears nearing a launch date according to an app store landing page. Here’s the details on when the app could launch.

What Happened: Truth Social, a new social media app from Trump Media & Technology Group, could launch on Feb. 21, 2022, according to the iOS app page from Apple Inc (NASDAQ: AAPL).

The Truth Social website offers a button to pre-order the app on iOS devices and sign up for the waiting list. There is no link or mention of the app being in the Google Play store from Alphabet Inc (NASDAQ: GOOG)(NASDAQ: GOOGL)

“Thank your all for the preorder support! The TRUTH is coming,” the app landing page says.

Trump Media & Technology Group plans to take on Twitter Inc (NYSE: TWTR) and Meta Platforms Inc (NASDAQ: FB) with its new social media platform. The company’s mission is to “create a rival to the liberal media consortium and fight back against the Big Tech companies in Silicon Valley.”

Trump was banned from Twitter and Facebook in 2021 and has criticized the social media platforms openly. Prior to being banned, Trump was one of the most followed accounts on Twitter with 89 million followers.

The deal was well received by the market with DWAC shares ending 2021 as the best performing IPO with common shares of the SPAC up 430%. Shares hit a high of $175 in 2021 and the stock became a top trending ticker on many social media platforms.

The app has been in beta testing for “invited guests” since at least December 2021. The company said a national rollout of Truth Social was planned for the first quarter of 2022.

The launch of the Truth Social app would come at a time when several politicians including Marjorie Taylor Greene and Rand Paul have turned to alternative social media platforms instead of using Twitter.

Rumble, which is merging with CF Acquisition Corp VI (NASDAQ: CFVI), recently announced it hit its highest video bandwidth on Tuesday, Jan. 4, 2022, a day that saw Paul announce he would be moving over to Rumble. Trump Media & Technology will use Rumble technology for its platforms.

Rumble, which also credits itself as an alternative to Twitter and Facebook, ended the third quarter of 2021 with 36 million monthly active users.

Trump Media & Technology Group forecasts to hit 16 million users for Truth Social in 2022 and 81 million users by 2026 according to an investor presentation. The free app will have several monetization efforts with the company’s goal of having 5% of users monetized in 2022 and 26% in 2026.

The company’s TMTG+ streaming content is expected to hit 40 million subscribers by 2026.

Price Action: DWAC shares are down 9.89% to $54.31 on Friday at publication. The stock has been highly volatile since the merger was announced and investors should be aware that the stock markets are closed on Feb. 21 due to the holiday.