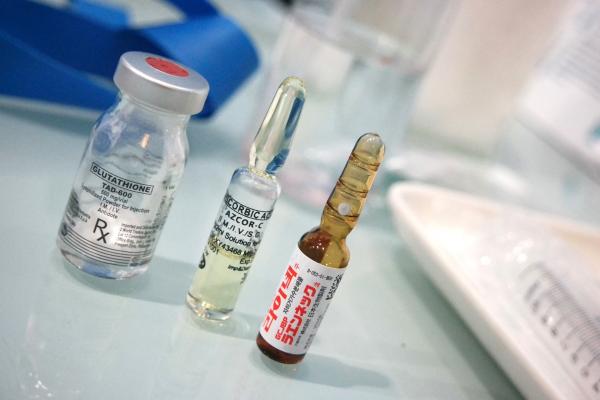 Here’s a roundup of top developments in the biotech space over the last 24 hours.

Hepion Pharmaceuticals, Inc. (NASDAQ: HEPA) announced the United States Adopted Names Council has adopted the nonproprietary name “rencofilstat” for the company’s lead drug candidate, CRV431. Rencofilstat is currently in clinical-phase development for the treatment of NASH, with the potential to play an important role in the overall treatment of liver disease.

Glaukos Corporation (NYSE: GKOS) announced that it has received 510(k) clearance from the U.S. Food and Drug Administration for the iPRIME™ Viscodelivery System, a sterile, single-use, minimally-invasive device for the delivery of viscoelastic fluid during ophthalmic surgery.

4D Molecular Therapeutics, Inc. (NASDAQ: FDMT) announced that the first patient has been dosed in the Phase 1/2 clinical trial of 4D-150 for neovascular age-related macular degeneration.

All of the shares of common stock are being offered by Amylyx. Gross proceeds to Amylyx from this offering are expected to be $190 million. The shares will begin trading on the Nasdaq “AMLX.”

CinCor pharma, Inc. (NASDAQ: CINC), a clinical-stage biopharma focused on developing its lead clinical candidate, CIN-107, for the treatment of hypertension and other cardio-renal diseases, priced its IPO of 12.1 million shares of common stock at $16 per share. The gross proceeds to CinCor from the offering are expected to be $193.6 million.

All of the shares are being offered by CinCor. The shares will begin trading on the Nasdaq under the symbol “CINC.”

Vigil Neuroscience, Inc. (NASDAQ: VIGL), a clinical-stage biotech that harnesses the power of microglia for the treatment of neurodegenerative diseases, priced its IPO of 7 million shares of its common stock at 14 per share. All of the shares are being offered by Vigil Neuroscience. The gross proceeds of the offering are expected to be $98 million.

The shares are expected to begin trading on the Nasdaq under the ticker symbol “VIGL.”