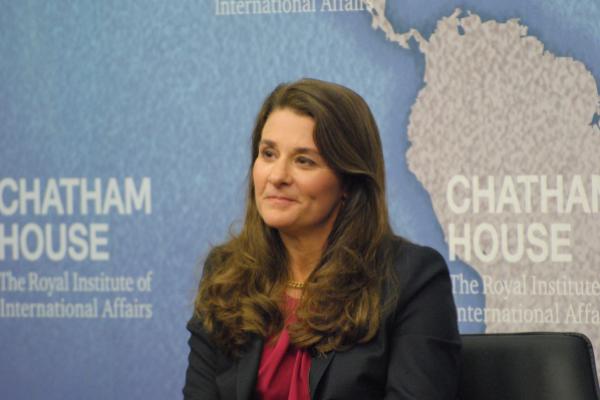 Melinda Gates is well-known as the husband of Microsoft Corporation (NASDAQ: MSFT) co-founder Bill Gates. The couple announced this week they will be divorcing after 27 years of marriage.

Here is a look at Melinda Gates and how she met Bill through Microsoft and was the driving push of helping people around the world with the Bill and Melinda Gates Foundation.

1. Interested in Computers Early: Melinda’s father worked on the Apollo space program while her mother stayed home with the kids. At the age of 14, Melinda’s father purchased an Apple Inc (NASDAQ: AAPL) II computer, one of the first computers sold directly to consumers. Melinda learned computer programming on the Apple II.

3. Meeting Bill Gates: Melinda took a job at Microsoft in 1987 as a product manager. While at Microsoft, Melinda worked on products like Expedia, Cinemania and Encarta. Melinda met CEO Bill Gates at a PC trade show and dated him for six years. The couple would wed in 1994.

Related Link: 5 Things You Might Not Know About Bill Gates

4. Pushing Foundation Further: As early as 1994, Bill and Melinda Gates began their foundation. The couple originally pushed for computers and Microsoft products in libraries across the U.S. Melinda pushed for the newly formed foundation to focus on worldwide issues like education, diseases and poverty. She restructured the foundation into three departments: worldwide health, global development and U.S. community and education.

The company’s foundation helps students in the U.S. to reach their full potential.

“I love my day job, I’m not going anywhere,” Gates said when asked about the leak.

Gates has been focused on her philanthropic efforts since leaving Microsoft and seeing her kids get older.