Roblox Corporation RBLX was trading up almost 10% on Tuesday, in tandem with the S&P 500, which was rising over 1.1%.

On Monday, Roblox announced music artist 24kGoldn will perform a virtual concert on March 25 at 7 p.m. on its gaming platform. Users who attend the event will hear the cross-genre artist sing his new single ‘In My Head’ from his 2021 debut album El Dorado for the first time publicly. The event is in collaboration with Sony Group Corp SONY.

Roblox has announced similar events in the past, including on New Year’s Eve, when Paris Hilton played an electronic set from her virtual island on Roblox. The celebrity embracement has done little for the stock, however, which declined 74.55% between the Nov. 22, 2022 all-time high of $141.60 and the March 15 all-time low of $36.04.

The carnage may be over for Roblox because the stock has flashed a number of bullish signals on the daily chart and if one of the key patterns plays out, Roblox could be trading back up above the $60 level in short order.

The Roblox Chart: On Tuesday, Roblox was attempting to break up from a bull flag pattern on the daily chart, with the pole created between March 15 and March 18 and the flag formed over the trading days that have followed. The measured move, if the pattern is recognized, is about 36%, which indicates the stock could trade toward the $61 mark.

Roblox has a gap above between $59 and $66.34. Gaps on charts fill about 90% of the time, which makes it likely Roblox will soar up to fill the empty trading range in the future.

On Monday, Roblox confirmed that it’s trading in an uptrend by printing a higher low at the $45.51 level. Roblox then printed a higher high on Tuesday, which was above Friday’s high-of-day at the $50.24 mark. Eventually, the stock will retrace to print another higher low, which may offer bullish traders who are not already in a position a solid entry point. 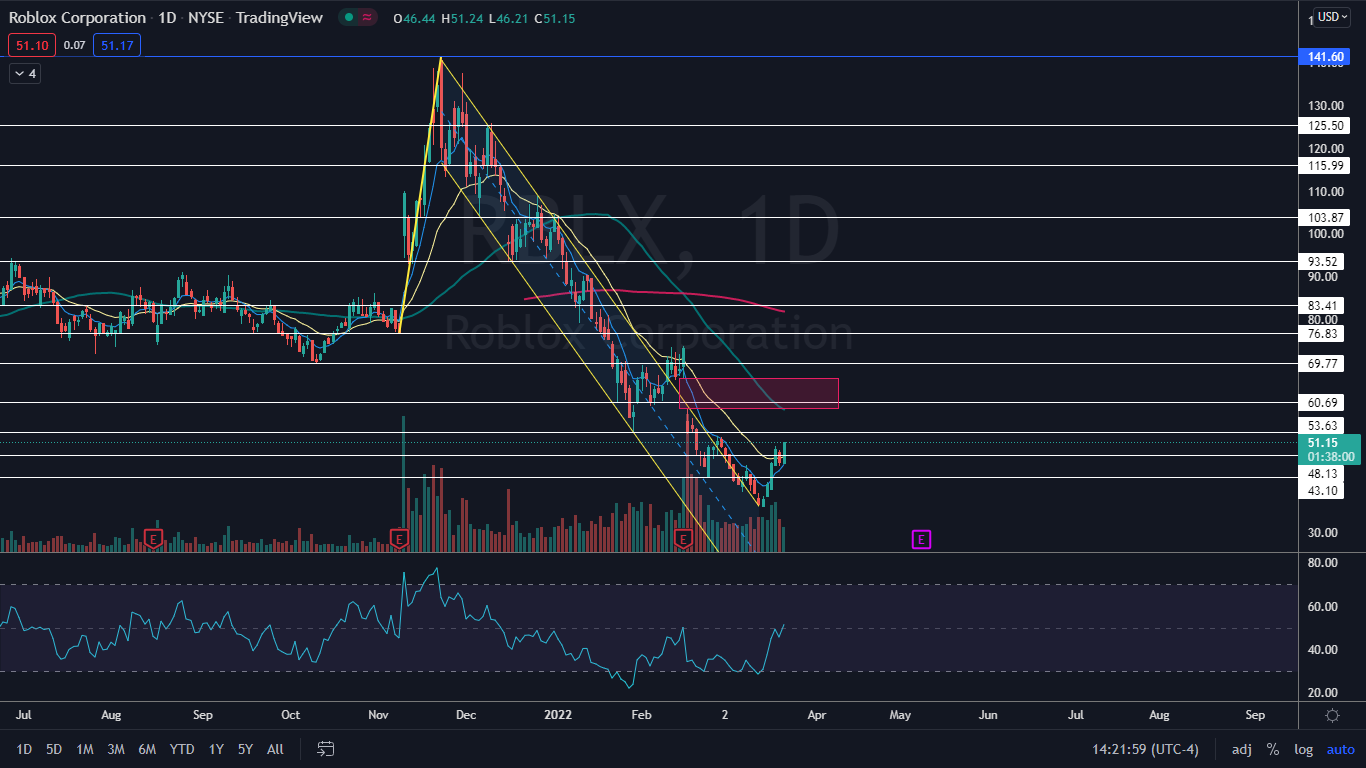