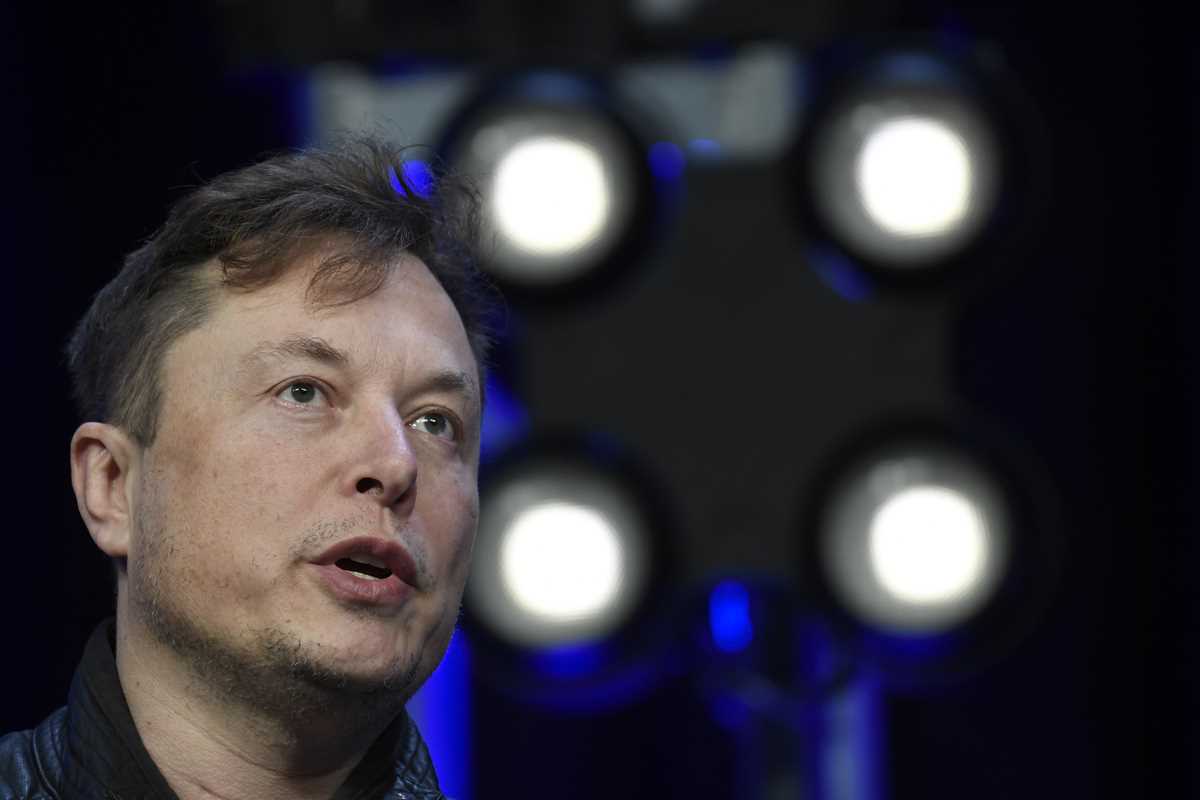 Tesla and SpaceX Chief Executive Officer Elon Musk speaks at the SATELLITE Conference and Exhibition March 9, 2020, in Washington. U.S. securities regulators say, Tuesday, March 22, 2022, they have legal authority to subpoena Tesla and CEO Elon Musk about his tweets. The Securities and Exchange Commission also says in court documents that Musk’s move to throw out a 2018 agreement that his tweets be pre-approved is not valid. (AP Photo/Susan Walsh, File)

DETROIT (AP) — U.S. securities regulators say they have legal authority to subpoena Tesla and CEO Elon Musk about his tweets, and that Musk’s move to throw out a 2018 court agreement that his tweets be pre-approved is not valid.

The Securities and Exchange Commission also disclosed publicly that it is investigating Musk’s Nov. 6, 2021 tweets that asked followers whether he should sell 10% of his Tesla stake. The commission confirmed that it issued administrative subpoenas while investigating whether Musk and Tesla are complying with disclosure controls in the 2018 agreement.

The commission also is investigating whether Tesla described accurately in public filings with the agency whether it complied with disclosure controls.

Details of the investigation were revealed Tuesday in the SEC’s response to a motion from a Musk attorney asking a Manhattan federal judge to nullify a subpoena and throw out the 2018 agreement, including a requirement that Musk’s tweets be pre-approved by a company attorney.

Musk attorney Alex Spiro also contended that the SEC has used the court agreement “to trample on Mr. Musk’s First Amendment rights and to impose prior restraints on his speech.”

The commission maintains that the subpoenas were lawful, and that Musk isn’t following proper legal procedure to challenge them. SEC attorney Melissa Armstrong called Musk’s challenge “frivolous,” and pointed out that Musk and Tesla agreed to have his tweets pre-approved by other company officials.

“Courts have long recognized that ‘congress has vested the SEC with broad authority to conduct investigations into possible violations of federal securities laws and to demand production of evidence relevant to such investigations,’” Armstrong wrote.

The subpoenas, issued under seal, come from a formal order by the commission authorizing the investigation. They seek all written communications concerning the Nov. 6 tweets and whether they were shown to Tesla lawyers for pre-approval.

Tesla did not object to its subpoena and is producing documents, Armstrong wrote. But Musk’s lawyer told the SEC that he would not produce any documents about pre-approval of his tweets, her response said.

Shortly after the November tweets about the stock sale Musk began selling off shares, and he wrote on Twitter that the sale would go to pay tax obligations on stock options. Analysts estimate his tax obligation at $10 billion to $15 billion.

So far he has sold more than 15 million shares worth roughly $16.4 billion. With some sales in late December, Musk is close to selling 10%.

In a motion filed in February with the U.S. District Court in Manhattan, Spiro contends that the subpoena of Musk has no basis in law. He also says the SEC can’t take action about Musk’s tweets without court authorization.

The whole dispute stems from an October 2018 agreement in which Musk and Tesla each agreed to pay $20 million in civil fines over Musk’s tweets about having the money to take Tesla private at $420 per share.

The funding was far from secured and the electric vehicle company remains public, but Tesla’s stock price jumped. The settlement specified governance changes, including Musk’s ouster as board chairman, as well as pre-approval of his tweets.

Spiro’s motion asks Nathan to scrap the agreement, alleging the SEC is using it and “near limitless resources” to chill Musk’s speech. It says that Musk signed the agreement when Tesla was a less mature company and SEC action jeopardized the company’s financing.

A message was left Tuesday seeking comment from Spiro.

The SEC is asking Judge Alison Nathan to deny Musk’s motion to throw out part of the agency’s subpoena and get rid of the 2018 agreement. Spiro has asked for verbal arguments in the case.

7 Stocks That are Ready For a Santa Claus Rally

With the end of the year approaching, many investors are looking to rebalance their portfolios. That typically means casting a critical eye at some of your strong performers and making a decision on whether they will move higher. And one thing that can dip the balance in favor of retaining a stock is the likelihood of a Santa Claus rally.

The technical definition of a Santa Claus rally is a rally that starts in the last few trading days of the year after the Christmas holiday. In recent years, however, that definition has been expanded to take into account a December rally. And with Black Friday beginning earlier and earlier and really not ending until after the holiday’s end, this makes some sense.

So will there be a rally in 2021? I wouldn’t bet against it. The market continues to want to move higher and January is historically a strong month for stocks. With that said, we believe quality should still matter. Here are seven stocks that stand to benefit with or without a Santa Claus rally.

View the “7 Stocks That are Ready For a Santa Claus Rally”.