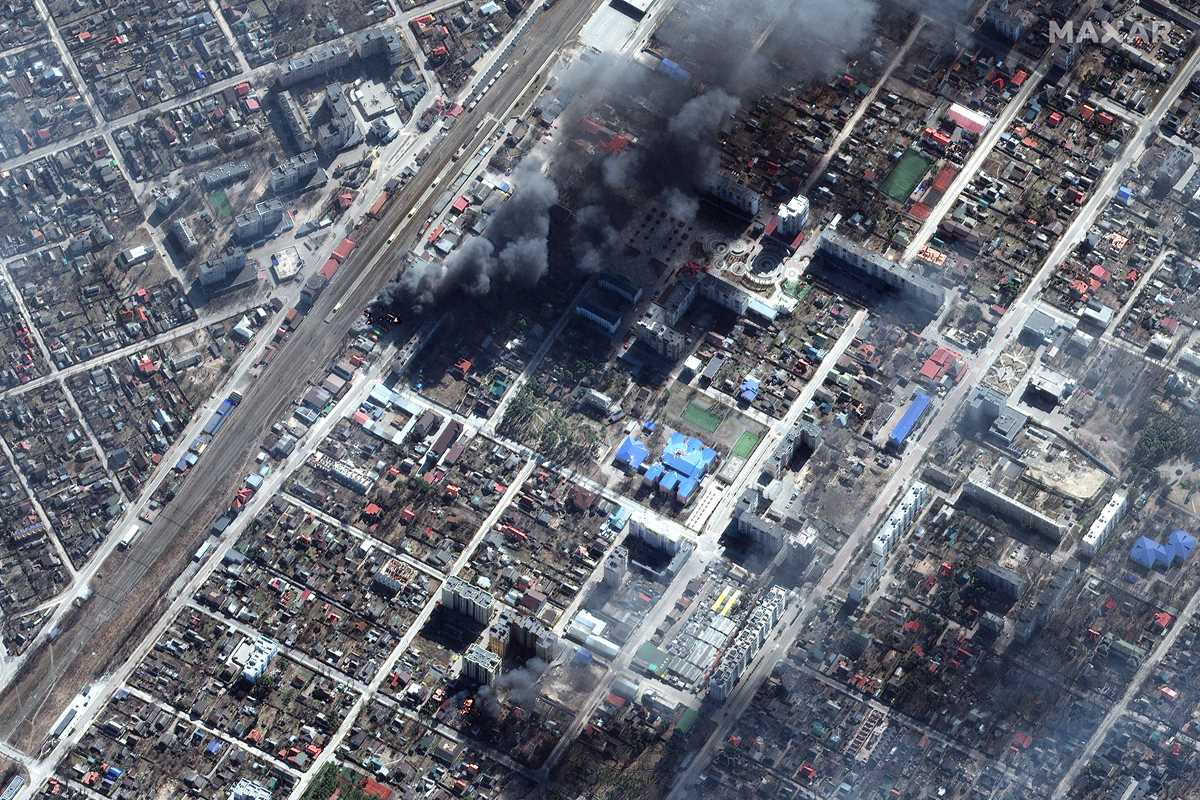 BEIJING (AP) — Ukraine is appealing to a Chinese maker of civilian drones to block what the Ukrainian government says is their use by the Russian army to target missile attacks.

Vice Prime Minister Mykhailo Federov’s appeal to DJI Technology Co., publicized on Twitter, highlights the tensions over Ukraine for Chinese companies. Foreign Minister Wang Yi said this month Moscow is Beijing’s “most important strategic partner” at a time when Western tech and other companies have withdrawn from Russia over its Feb. 24 invasion.

Russian forces “are using DJI products in order to navigate their missile,” Federov wrote in a letter to DJI. He appealed to DJI to deactivate drones in Ukraine that were purchased and activated in Russia, Syria or Lebanon: “Block your products that are helping Russia to kill the Ukrainians!”

DJI, in a letter on its own Twitter account, responded that it can’t deactivate individual drones but can impose geofencing, or software restrictions that usually are used to keep drones away from airports or other sensitive areas. The company said that would affect all DJI drones in Ukraine.

DJI, headquartered in Shenzhen, near Hong Kong, is one of the biggest makers of civilian drones used by photographers, businesses and hobbyists. It is a leader in technology that uses satellite navigation to guide drones to precise locations.

Beijing says Washington is to blame for the conflict and earlier endorsed Moscow’s “security concerns” about Ukraine and the expansion of NATO, the U.S.-European military alliance, which President Vladimir Putin cited as the reason for his invasion.

Federov said Russian attackers used a version of DJI’s AeroScope technology acquired in Syria. The company says that is a safety feature built into all its recent drones that broadcasts their location and tracks other drones up to 50 kilometers (35 miles) away to prevent collisions.

That system “cannot be turned off,” DJI said. As for geofencing, the company warned it is “not foolproof” and won’t take effect in drones that aren’t connected to the internet for software updates.

The company is “available to discuss these issues,” DJI said.

A spokesman for DJI, Adam Lisberg, said in an email the company had no updates following the statement on Twitter.

The company didn’t respond to Federov’s appeal to stop doing business in Russia and cut ties with any partners there.

7 Electric Vehicle Stocks That Are Ready to Charge Higher

The Biden administration has announced a framework for a slimmed-down $1.5 trillion infrastructure bill. Part of that framework will be a $12,500 tax credit for electric vehicle purchases. That increases the current subsidy by $4,500. And it’s music to the ears of EV companies in the United States who are making plans to scale production.

This doesn’t mean the country is close to having an EV in every driveway. There is still the issue of a charging infrastructure. The chip shortage will be a headwind on auto production of all types for at least the next several quarters. And many EV companies are not even on the starting blocks yet.

But It does mean that momentum is building. And for investors who retreated to the sideline after the EV bubble burst in early 2021, it may be time to get back in the game.

In this special presentation, we’re looking at seven stocks that stand to benefit from these subsidies in the United States.

View the “7 Electric Vehicle Stocks That Are Ready to Charge Higher”.