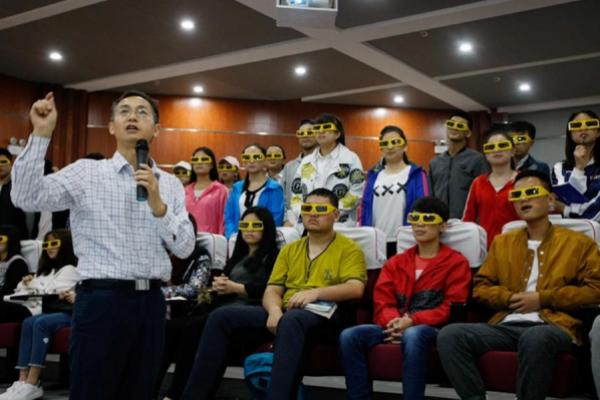 China’s “double reduction” policy designed to ease pressure on the nation’s stressed-out students has taken a heavy toll on private educators, putting many out of business and forcing the rest to look for new models outside their previous K-12 offerings. But vocational educators are one group that’s not only surviving, but even thriving thanks to multiple favorable government policies targeting this class of companies that helps keep the masses employed.

One such educator is Minsheng Education Group Co. Ltd., (1569.HK), which did the unthinkable in the current climate and released a positive profit alert for 2021, even as many of its peers were posting massive loses.

The alert posted last Thursday showed the company’s revenue last year grew by 105% or more, with net profit soaring by at least 365%. Net profit associated with its main business grew by a slower but still healthy 75% or more. Using data from 2020 as a benchmark, that translates to at least 2.38 billion yuan ($347 million) in revenue for 2021 and 756 million yuan in core net profit.

The company has found success in recent years by transforming into an “internet-plus” vocational educator, providing vocational training, examination evaluation services, international education and employment services on both traditional campuses and in online forums. It had 97,000 students in 10 schools and collected 655 million yuan in the first half of last year from tuition, lodging and boarding charges, accounting for around 53% of total revenue, according to its interim financial report.

Unlike the K-12 sector, which has taken a major rapping on the knuckles from China’s Education Ministry in recent months, vocational education has become the apple of the regulator’s eye, receiving numerous favorable policy nods.

The “Regulations on the Implementation of the Non-state Education Promotion Law” enacted last September encourages companies to establish or co-establish private education institutes providing vocational education through independent financing, joint ventures or collaborations. What’s more, vocational education and higher education are specifically not included in the fields of education barred from engaging in M&A activities.

All those encouragements come as China’s vocational education market is growing rapidly. According to a report from Frost & Sullivan, the market’s value grew from 637.4 billion yuan in 2015 to 859.2 billion yuan in 2019, representing a compound annual growth rate of 7.8%. It is expected to grow to 1.2 trillion yuan by 2024, with the growth rate slowing slightly to 6.9%.

Minsheng Education previously relied heavily on tuition as its main revenue source, creating a bottleneck for its growth. It began expanding into online education in 2019, pivoting from its previous singular focus on campus-based education to become an “internet-plus” vocational education provider. Since then it has purchased at least four online education companies.

The latest of those came last October when it bought UMOOC Online Education Technology (Beijing) for 37.50 million yuan. UMOOC provides education “informationization” services, online education support as well as hybrid education applications to more than 400 undergraduate colleges and vocational schools in China. It reported revenue of around 28.66 million yuan and net profit of 7.85 million yuan in 2020.

The company also has ample funds for future purchases, with 2.3 billion yuan in cash and cash equivalents in its coffers at the end of last June. That will go a long way to support its continued high-speed move into the online realm.

Despite their favored status, private higher-education and vocational-education companies haven’t been spared the exodus of investors with the crackdown on their K-12 peers. As a result, such companies have also become collateral damage of the crackdown, with many of their stocks slumping heavily.

After going public at an IPO price of HK$1.38 in 2017, Mingsheng Education’s shares initially went on a losing streak in 2018 before picking up. But the recent crackdown – while not affecting its financial performance – has caused its shares to slump to near historical lows. The stock rallied 11.8% to HK$0.76 after last Thursday’s profit-surprise announcement. But an anemic 960,000 shares traded hands that day, speaking to the lack of interest from investors.

The stock is down 52% from the HK$1.57 high it reached last May before the crackdown pulled the rug from under the entire sector. While large, that loss is still relatively modest compared with some other directly affected education companies that have shed more than 90% of their value.

The company had a price-to-earnings (P/E) ratio of around 9.2 times last year, according to its earnings report, compared with P/E ratios of 9 times for China Education Group (0839.HK), 8.7 times for Hope Education(1765.HK) and 5.5 times for New Higher Education (2001.HK). That shows Minsheng Education is valued higher than its peers, possibly reflecting its comparative advantage in the industry due to its recent move into the online realm.

Big investment banks have not given the company much attention, though Citibank once published a report painting a rosy picture of its outlook by pointing out its twin growth engines in traditional campus-based education and its wide range of online offerings. It gave the company a “buy” rating with a target price of HK$2.10, which suggests significant upside potential.

But at least for now, the company is getting tarred with the same brush that has poisoned investors towards any Chinese education stock. That, combined with recent weakness in the broader Hong Kong market, means the company may need to post yet another year of big growth before investors start to believe again.